Back in December of 2002 my husband and I spent a few days rescuing some family mementos:

Jeff’s helping me to finish digitizing the rest of my parent’s old Super 8 home movies. We did about four of them last year at the same time as a surprise present for my parents. Now I intend to get the rest of these on to video tapes, and then eventually onto DVD.

This is the second holiday season I’ve spent as curator for my family’s visual history. The VHS tapes we created from the original Super 8s was hands-down one of the most successful and heartwarming gifts I’ve ever had the pleasure of giving. But how quickly times flies for technology! My parents now own nothing but DVD players – no more VHS – and it’s time to convert formats once again.

The initial conversion required quite a bit of ingenuity to accomplish. My husband setup the process and together we spent several days carefully playing the original film (occasionally cleaning off a mold that can form, eating away the organic emulsion portion of the tape) through an old projector (while watching to make sure the ailing old film’s perforations actually caught on the projector’s sprockets and fed through the machine properly) onto a wall in a darkened studio. We had to stop playback several times to feed film through the projector when it failed in spots or when we came to a break in the film.  A digital camera captured the playback directly from the wall with surprisingly accurate results. The digital clips were then played back on a computer connected to a VHS recorder.

Understandably, this whole process was fairly time consuming. We could have simply handed the film canisters to a company that specializes in this sort of recovery but – at the time – that would have cost us thousands of dollars.

But with a little ingenuity and a few evenings spent in the studio marveling over the old film while I shared what I remembered – both of the content of the films and memories of evenings watching home movies with my family on our old projector – we now have the digital clips and it’s only a matter of another weekend or two to convert them to a DVD format using iMovie. 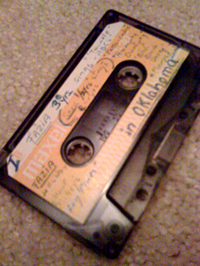 Besides the visual history, we also saved some audio recordings of my sister and myself from when we were toddlers. My mother made these tapes from time to time to send to my grandmother in Finland. (Remember kids, this was WELL before the Internet.) My sister and I would sing songs, read stories or just chatter away into an enormous tape recorder until my mom had enough to fill up a sixty minute tape and send it to her mother. When my grandmother passed away decades later and we visited Finland to settle her estate, we discovered she’d kept all the tapes.

For this conversion I made use of the fact that I worked at a media services outfit; the recording studio was setup to capture playback from audio cassettes directly into a computer. From there I could just use my own desktop computer to burn a music CD with tracks made from the recordings. I even used Photoshop to create a little CD jacket cover with a picture of my sister and I on the front cover and the tracks listed on the back.  (Listen as I recite “Humpty Dumpty” – I was 3 & 1/2 years old at the time.) 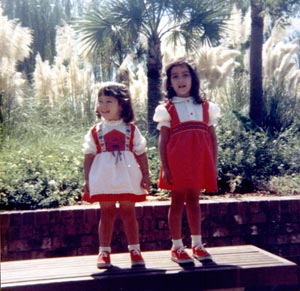 I picked up a new project this year – converting all the old pictures in my parent’s photo albums into a digital format. To do them all will, quite frankly, probably take years. At the moment I’m concentrating only on the collections from before I was born: photos of my parents when they were children, photos of my grandparents when they were married and even photos from when they were children. Some of what I’ve stumbled across may even be of my great-great-grandparents. The fact that all of these old photos come from two different regions of the world — Finland and India — makes them all the more fascinating to me. 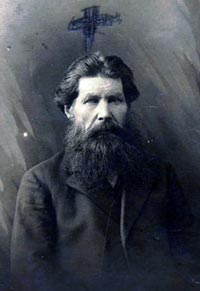 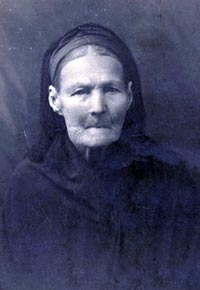 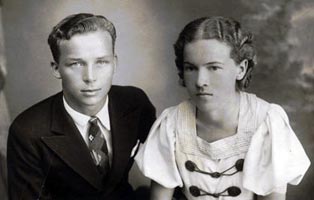 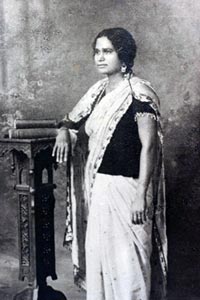 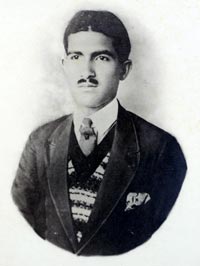 The process is fairly simple. I scan the photos at a fairly high resolution and then save them – without making any changes whatsoever – as TIFFs for as little loss of data as possible. These go into a digital archive where we can retrieve them as needed. These are the files I’ll work from if I want to make a printable photo for a frame in the bookcase or on the wall.

Since I already have Photoshop open I then save a second copy of each photo, after doing some basic level, contrast and color correction as well as any repairs for water stains, tears or other blemishes. I then resize the image and save it as a JPEG, to be shared with family or on Flickr or websites. 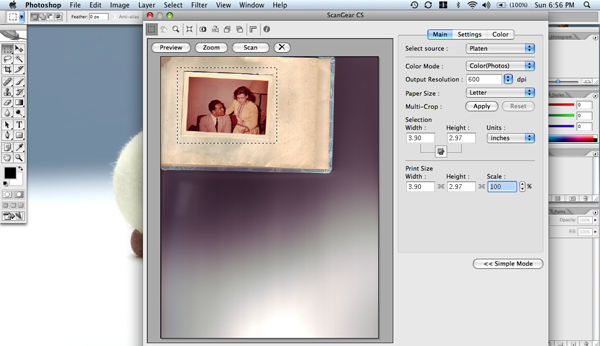 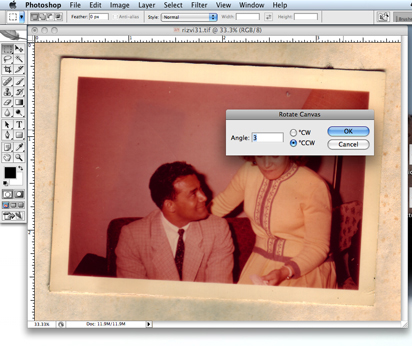 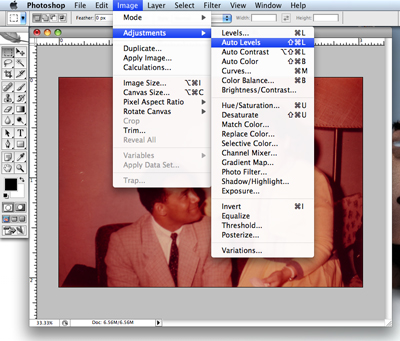 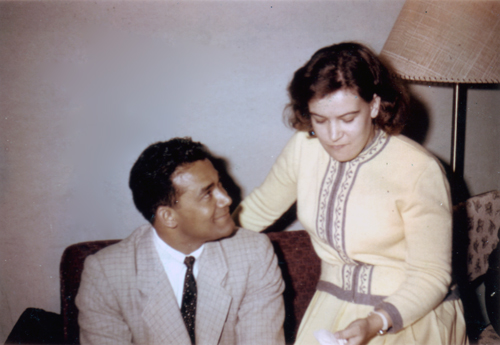 It’s a simple process but does take some time. I’ve finished one album but I’ve got six more to go before I go home for the holidays and then I get to start on the hundred or so other albums of family photos from after I was born.